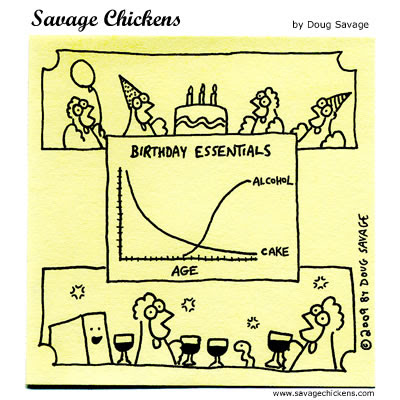 I like birthdays - I like being spoilt, getting pressies, and everybody doing what I want. It's just the job once a year. In fact, I like it so much, I think I might suggest I have a monthly birthday. Well, it'd make everyone laugh... I'm such a joker...
My birthday started over-indulgently last night when my TWDB took me out to dinner at the Jardin des Sens which used to be a 3* restaurant but is now just 2 after the Pourcel brothers over-stretched themselves and couldn't maintain effort needed to keep the extra star. It's still the best restaurent in Montpellier however, and a real joy and privilege to go there.
Basically, we walked in and waddled out, full of the Découvert menu where you get dish after plate of exquisite goodies in small portions. Most of the dishes were delicious, but one or two didn't quite hit the mark, and when you've got that much to eat, you leave what you don't want. This does not go unnoticed, so we explained what had not quite worked, especially a duck foie gras fried with grapefruit. It was too bitter, killed the foie, and made it a chore to eat. So I didn't.
The staff were great, however, and we had a lovely evening. It was preceded by an apero with NG who gave me a lovely pair of earrings as a pressie.
Today started well with croissants. My youngest was sent down the road to buy them fresh, together with some baguettes for lunch. He went on his bike and they came back a tad squashed, but no less delicious. I even got a cup of tea. Feeling a bit the worse for wear after last night, the tea was a life-restoring nector and set me up for preparing a picnic lunch and getting the bike stuff prepared.
We went to join the Bike Aventure club the boys belong to for the opening season get together at Lac de Salagou. They provided the apero (more alcohol...) and we had a lovely picnic lunch (though I say so myself) made up of charcuterie, cheese, bread, carrot and cucumber sticks, houmous and mini tomatoes. Nothing that had needed much preparing, for obvious post-late dinner reasons.
After lunch, we all jumped on our bikes and set off, en masse, around the lake. My TWDB and I would have preferred to be feeling a little healthier to get the most out of the exercise, but we manfully pedalled away and practically kept up. The group waited every so often for the stragglers so it was really cool and very matey.
After about 6km we decided to stop and go back, with another couple who'd also had enough. The rest were going to continue to do a tour of the lake, all 27km with quite a few climbs near the dam. We returned at a leisurely pace, enjoying the beautiful scenery. There were wind-surfers dashing across the lake, several retired couples with mobile homes and some with their pets including cats, people fishing and some even having a swim (brrr). Two coaches had disgorged their passengers out to admire the scenery from the pier, cameras in hand.
My youngest, naturally, was filthy, mainly as a result of cycling full pelt towards an earth wall/bump only to find a big muddy puddle on the other side which he landed in with a happy splash. He was then sent down to the lake to clean up a bit and instructed to hose down his bike when we got home.
I now have a chicken in the oven for dinner to which, if I have the energy, I'll add roast potatoes. Dessert is birthday cake made mostly by me with some help from my youngest - a boiled fruit cake. I love fruit cakes. Talking of food, my brother sent me a book I've been wanting - Economy Gastronomy and I'm looking forward to honing my organisational cooking skills. My mummy sent me two lovely pullies, all soft and silky to the touch, so I can now face the colder days which are on their way with tranquility.
A super fab birthday really. Lucky me!
Published at 5:58 pm