I was reading an article on the Times Online recently. I can't remember exactly what it was about but I left a comment remarking on the dire state of the EU, and I was told by other readers to 'lighten up', 'get a grip', and 'read less news'.  I didn't reply because there was no point. People with their heads wilfully stuck in the sand (or up an orifice) do not want to hear a challenge to their world view ("Lalala, I can't hear you, lalala").

However, ever the helpful girl scout, I am bringing to you today three blogs which, if you are interested in what's really going on in Europe rather than accepting mainstream media bollocks, or are planning to have, or having a baby soon, or both, you should take a look at.

The first one is The Slog which I'm sure I've mentioned before. I cannot recommend this blog highly enough. It's aim is 'evidenced bollocks deconstruction' and it does precisely that, renting holes in the crap that comes out of automated mainstream media mouths. The Slog also has its own sources of information including insiders in the EU, the banking system, dynamic, involved readers sur place, etc. The comments are often as illuminating as the actual articles.

It has been blogging recently about Greek default, Hackgate (the hacking of mobile phones by Newscorp), the French elections, the NHS, the German election, the incompetence of Christine Lagarde and the morass that is the EU. For those who are fed up having the wool pulled over their eyes by media lackeys, who want to know what is likely to hit them (and their pockets), or who've decided to stop putting their fingers in their ears and singing Lalala, read The Slog and break free of the bollocks.

The second blog is in a similar vein to The Slog, but from a French perspective. It can be translated with Google Translate so don't worry if your language skills are shaky. I started reading Zebuzzeo recently and have become as addicted to it as I am to The Slog. To read it translated, just put the link into Google Translate and hit Enter.

I don't know who the person behind Zebuzzeo is - anonymity seems to be highly valued here because there is nothing to give him/her away. There is no profile or email address, and comments are not allowed. However, s/he has access to EU bigwigs such as Mr Barruso and Van Rumpuy and writes with pertinent analysis.

S/he's been writing recently about how capital has been fleeing France since August 2011 (and has thus joined the Club Meds) together with a brain drain towards the Anglo-Saxon countries, the imminent end of the Euro and bank bankruptcy, the French elections, and the subprime-like problems of toxic Spanish bank loans. 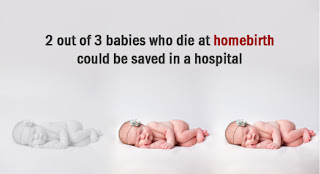 Lastly, let me draw your attention to a blog by Dr Amy Tuteur, The Skeptical OB. If you are thinking of having a natural birth at home, please read this article. Here are 12 things you shouldn't say to Dr Amy. If you have to have a C-section, don't worry about it - you are not a failure, read this. Dr Amy speaks such a lot of common sense it's refreshing compared to some of the NCT-type psychobabble, and if you are feeling the pressure to have a natural birth, she will give you another perspective.

I never felt tempted to have my children at home. I had both in hospital surrounded by lots of lovely equipment that could be used at a moment's notice in case of trouble. You might say she's speaking to the converted (and I'm done with babies anyway), but it's useful for others to read the truth about the dangers of home births.