From Austria into the Italian Dolomites

After a hearty breakfast which included smoked bacon and fried eggs and provided ample material with which to make lunch's sarnies, we headed off south into the Dolomites.

We kept to the small green roads which were often in poor repair but pretty nonetheless. 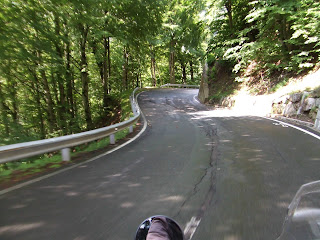 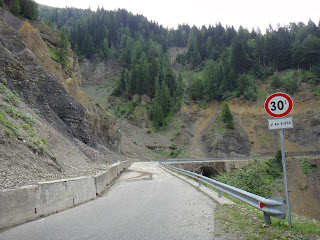 We went past villages with sometimes colourful roofs (note the green section in the middle of one of the buildings). 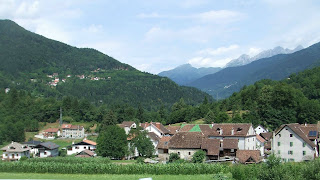 From clean, picture perfect Austria, we crossed the border into a much grubbier Italy. The contrast on the other side of the border was remarkable, with half-finished houses, unkempt buildings, corrugated iron roofs instead of tiles and general air of careless disregard for their surroundings.

Never mind, we were not there to wonder at the houses but to gaze at the much more spectacular Dolomite mountains. They are one of the UNESCO World Heritage sites for their highly distinctive mountain landscape and exceptional beauty. 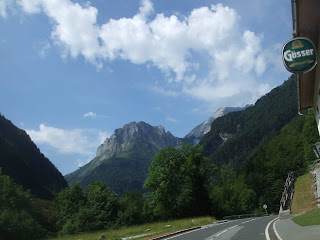 They also look slightly ephemeral with the effect of the scree slopes suggesting frequent landslides and heavy weathering. How long would they last... 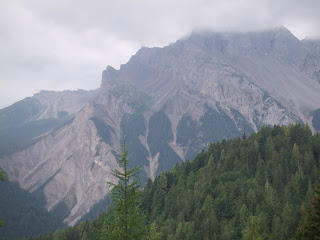 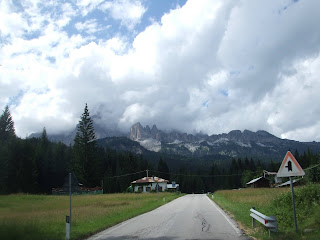 We had our picnic lunch on the balcony of what looked like an abandoned holiday home. It obviously hadn't been used for a long time looking at the overgrown garden, but provided the perfect spot by a quiet road, and offered protection from the predictable storm. After it had passed, we carried on and came across this stunningly blue reservoir. 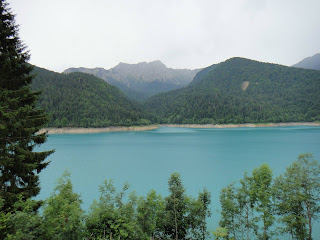 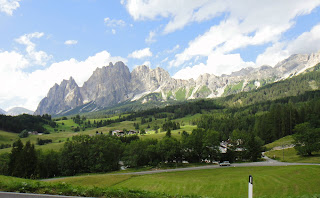 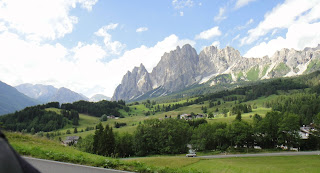 After a glorious day's ride, we arrived at Cortina d'Ampezzo and, for some reason, fixed on a modest biker hotel which had a poky bedroom and huge white bathroom. The owner was a very amenable jolly guy but we didn't really get to appreciate the 'ambiance Cortina'. After a shower and a rest, we mooched into the centre all of 100m away and found a pizzeria to test the Italian pizzas.

My DB has rarely had a great or even good pizza experience in Italy and our meal was no exception. I found the base while lovely and thin and crisp had no taste, and the veggie topping needed a lot of help too. However, we followed it with a delicious dessert of lemon sorbet with vodka and white wine. I think they also managed to dredge up a bottle of rosé for us. We were considered a little peculiar I think for not wanting red (or even white).

Naturally, that evening there was storm which kindly stopped just as we were walking back to the hotel.
To be continued.