Albi - a city of red brick set on the Tarn north of Toulouse, and our destination this weekend. We were due to go on the motorbike but took the car so I could drive too. My DB did not feel up to biking after a pill-free sleepless night.

Never mind, I made some sarnies, over-packed my bag and we set off on the motorway as far as Beziers. Then took to road to St Chinian and ate our sarnies somewhere near Fontfroide Abbey. "Do you want to visit it?" asked my DB. "Nah" said I. I've kind of been there, bought wine there and may have sung there. My quiz results might say I'm a culture vulture, but I like to pick and choose. Anyway, I wanted to get to Albi. 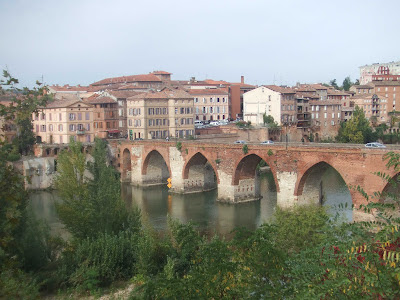 As you can see, it's an exceptionally attractive city - full of old brick buildings which are beautifully maintained, and a pedestrian centre so you can stroll around the narrow streets without being gassed by exhaust fumes or ploughed down by maniac drivers. 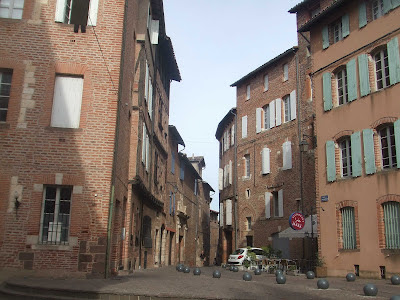 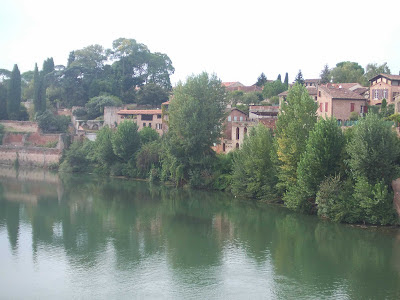 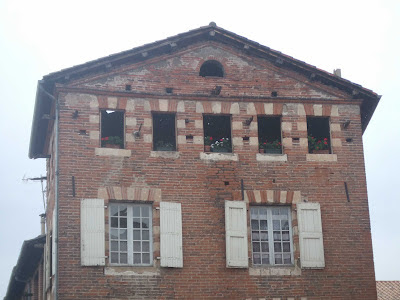 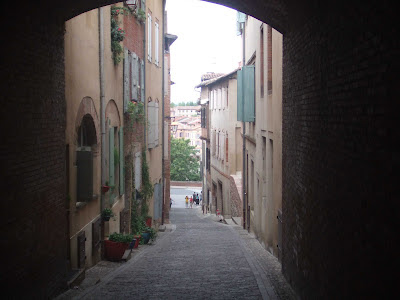 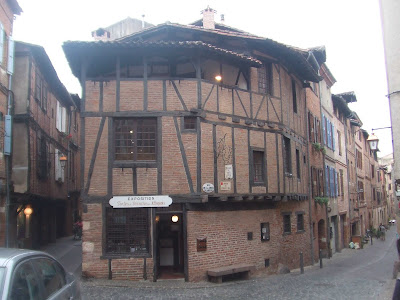 We arrived after 2pm and found the cathedral car park where we parked the car and set off in search of the tourist office. It's handily placed next to the cathedral so we popped in to enquire about hotels. We thought we'd better get this sorted as we saw that Albi was hosting a sort of relay marathon (the Course Relais Ekiden) on the Saturday night which meant the likelihood of lots of visitors.

A phone call to the Mercure sounded hopeful, so we walked down over the bridge and found it nicely situated on the river. 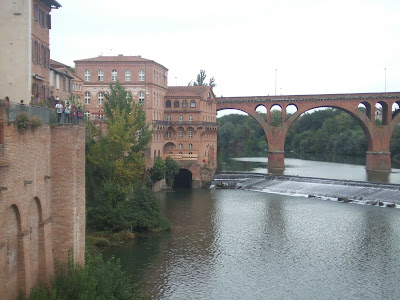 The Mercure is the building sticking out in front of the Pont Neuf bridge. We went in and asked about rooms, visited one and found it very small. We then asked to see others and were given a number of keys, and saw they were all pretty small. Although it's a 4* hotel, the small rooms are accepted apparently because of the nature of the historic building. In the end we took the one we liked best with a view on the bridge, and went back out to visit the town. 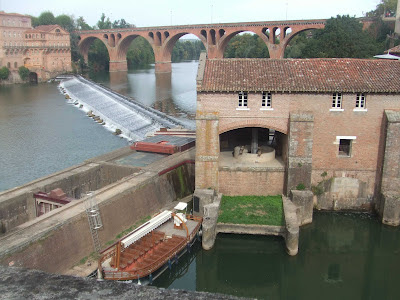 Here's an old mill with a lock on the left. There were some huge catfish swimming around in the shallow water next to the lock, about a metre long.


We decided to visit the cathedral. It's the largest brick cathedral in the world dedicated to Saint Cécile, and a chef d'oeuvre of meridional Gothic architecture which was designed to combat the Cathar heresy and establish the power of the Catholic Church. 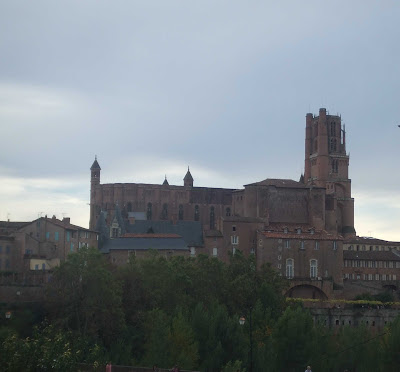 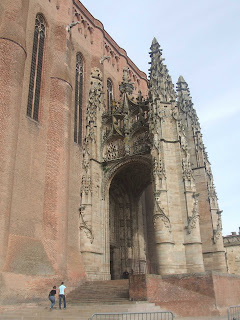 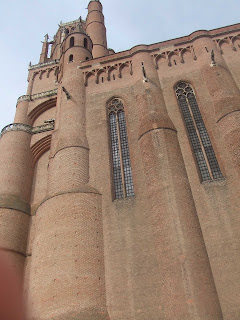 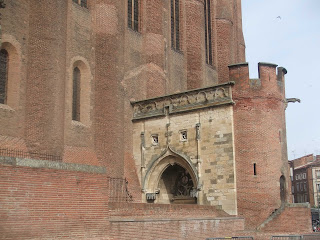 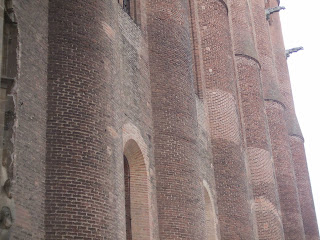 As you can see, it's massive. We visited inside too which is entirely painted in frescoes of the most exquisite design and colour. There are two paintings of the Last Judgement from 1474-1487 which show the sky, earth and hell where the damned atone for their sins according to which of the Seven Deadly Sins they were foolish enough to do. I didn't take any photos but you can take a virtual visit here. Another stunning feature was the 'stone lace' in front of the choir stalls, so delicate it looked impossible, and for organ lovers, you can admire the vast 18th century instrument which is highly reputed for the quality of its sound.

You leave feeling a little stunned and somewhat humbled, which I suppose was the intention of Bishop Bernard de Castenet who commissioned the cathedral.

After walking around the town admiring the gorgeous little shops selling up-market goodies, we got the car and drove back the hotel. A little later, we headed out for dinner just as the runners were under starters orders. While they were pounding the streets of Albi, we were enjoying a delicious dinner of duck breast, perfectly cooked and incredibly tender, followed by a coupe colonel (lemon sorbet and vodka) accompanied by a very nice rosé Gaillac.

The runners were still at it when we strolled back after dinner, rather them than me...!
Published at 7:01 pm