Skiing and not skiing

It's half term at the moment down here in rainy Montpellier (typical!). Any French family worth their French family salt has either come back from skiing or is skiing this week. In other areas of France they will either have already finished the half term holiday and are now back at school, or have just started. Thus the ski season with school-age kids is spread out over six weeks. This is good news for ski resorts - a longer busy season, it's good news for skiers - the queues are not as long as they could be, it's good news for drivers - the roads could be even worse if everyone was on them at the same time, so everyone's happy.

I quite enjoy skiing but get bored after two days. This is proof that I am not French. If I were really French, I would rent a chalet or, even better, stay in a relation's chalet or even a friend's chalet, with them, for a week. As I do not have the money to rent chalets and am sadly lacking in friends and relations I can abuse, I just don't go skiing. It would also kill me to have to wear my excruciatingly painful ski boots for more than two days. I think that this, added to the boredom factor, nails it on the French factor. Oh well.

One of the things I would do if I were very rich would be to have custom-made ski boots. They would be moulded to my feet and lined with something soft and warm. I'm not keen enough though to make it happen...

In the meantime, not skiing and having no boys in the house means I have total control of the tele remote. I haven't noticed anything particularly worthy of attention on French tele recently now that Monroe has finished (no surprise there), so I have been able to devote myself entirely to iPlayer and my Sky digibox.

This week's viewing goes something like this: Mr Selfridge, Broadchurch, Mayday, catch-up Death in Paradise, Doc Martin and last week's Mr Selfridge, Saturday Kitchen, odd episodes of Poirot, Rosemary & Thyme, Murder She Wrote, and so on. I made some ginger snaps, and have them handy with a cup of tea, my feet up under a black furry blanket and totally hog the tele when I come in from work. Luxury!

Other plans for the week because I don't just watch tele you know: 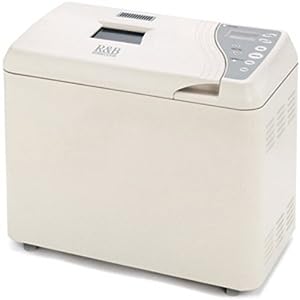 I'd be lying if I said I wish the sun was shining so I could go out for a lovely walk because it was shining at the weekend and all I did was watch tele. I've now got to the age (finally) where I really do as I like even if I know I should be doing something else (like a hearty walk). And, I don't even feel guilty any more.

I'm also reading a gripping thriller on my Kindle about a mad scientist who plans to let off a nuclear bomb under the Pacific somewhere which will result in a temperature rise of 1.8°C over America's bread basket region, leading to drought, starvation, civil unrest and so on, just for his personal amusement. It's a bit far-fetched but he's so awful I keep reading. Set in Italy, it also has a rather suave Italian Bond-type figure, Dante Passoni, whose job it becomes to save the world when he's not engaging in a little light romance with a beautiful woman. It's called SAVE ITALY! by Tommy Vilar.

By the way, the latest issue of BBBmidi magazine is out with articles on what to do if your Kindle dies, a book series review of the thrilling and intriguing, action-packed Rizwan Sabir stories (page 15) and all sorts of Languedoc-related bits and bobs. Some great artwork in there too, do pop on over.
Published at 9:38 pm