The paysan and l'esprit commercial 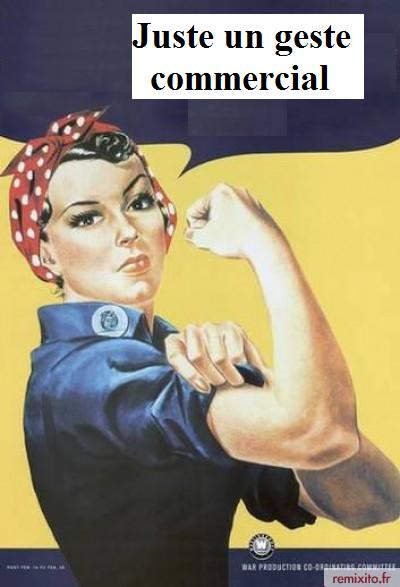 I was talking to friends recently about "l'esprit commercial" in relation to local shopkeepers and wine producers; how important it is yet how many lack the basics. In these difficult times, they often forget some basic everyday commercial rules:
1. recognise your regular customers - a blank look and indifferent greeting to someone who has been frequenting the place for months and regularly buying produce does not go down well.

2. greet your regular customers with a smile - the bane of the Parisian waiter too, told to smile at customers who he'd rather snarl at for obliging him to fetch and carry to earn a living. It can take some time before a vendor accepts you as a regular customer and instead of just greeting you with a short, sharp "Bonjour", will greet with you a smile and ask you how you are. (I have reached this happy state at my local butcher's. It took me roughly nine months.)

3. make the odd "geste commercial" such as a bit of extra ham, an extra bottle when you sell someone a significant quantity of wine, or a 10% discount, a bunch of parsley thrown in, etc.

Local wine producers are particularly bad, so bad in fact that they have a reputation for being stingy. Take one story I heard about a basketball player who introduced his Parisian friends to a local wine. They loved it and gave him regular orders when he travelled up to see them. He would pay around 1000 Eur each time. Do you think the vigneron gave him an extra box, or even just one special bottle as a gesture of goodwill? Nothing. Rien. Not even a discount. When he wasn't even being greeted with a smile he decided that enough was enough and stopped going there.

I heard another story about a different vineyard where there too, they are so stingy that they charge 1.50 Eur more at the vineyard for their wine than the same wine for sale in the local fromagerie. You make the effort to go to the vineyard, pay extra petrol, and they sting you on every bottle you buy! As a result, my friend doesn't bother going there any more but just buys it down the road from time to time, and less and less as he's reluctant to give them too much money as he doesn't like their attitude.

What is amazing is that these people are always complaining that they don't sell enough! They won't, of course, bring in a PR professional to give advice. That would cost money! Even though it might make them more in the long run. Actually, they don't need one, I can give out all the advice they need, and I cost no more than a few boxes of wine! :)

The contrast with my friend's butcher is telling. He would be greeted with a cheery hello, and offered special cuts, extra bits, and even the pâté bowls when he bought the last slice. As a result he was a faithful customer and spent a fortune in there. He's moved now and laments the loss of his butcher as the one where he now lives does not have the same attitude to customer service.

My friends reckon that this lack of "esprit commercial" comes from their peasant backgrounds. When there was less choice, before supermarkets brought wine from all regions practically to our doorsteps, people went to their local producers or cave cooperative. They liked or lumped the treatment they received because there was nowhere else to go. Peasants are renowned for being stingy and surly so customers just accepted it.

These days, we all have so much choice, we can buy what we need from a multitude of suppliers in a small area, so anyone who wants to stand out has to make it worth his customer's while - recognition, friendly contact, and commercial gestures. Otherwise we might just as well go to Carrouf.

But how can you tell them?