Day 11 and I'm getting into a sort of rhythm which it will probably be difficult to quit once the barracks doors are reopened. You know the score... just when you're at cruising levels of containment activities, it'll be back to work and we'll be in shock all over again!

But that is all in the future, something to look forward to.

In the meantime there is telework, exercise and finding things to do.

Exercise
We are allowed to go jogging beyond the front door but I've always hated jogging, so I'm currently congratulating myself at not having thrown out the mini trampoline I bought over a decade ago and haven't used in almost as long. It's proving to be a merry little activity, bouncing in various ways for 10 minutes or so at intervals during the day. I've even got the instruction leaflet which I found when I was going through a bunch of papers. Glad I never invited Kendo Bled (?) into my home to throw out stuff that no longer brought me joy. You never know when it might bring you joy and much needed exercise relief in the future!!

Finding things to do 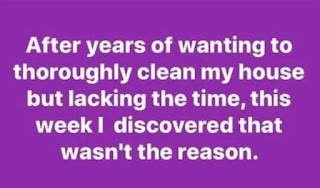 Housework is very very boring, and there is a whole internet out there to explore. I've drifted into a daily theme. One day I might be listening to some of the excellent podcasts on Radio 4, such as File on Four or Out of the Ordinary, with lots more to explore on Sounds.

The other day I watched video after video of Dame Emma Kirkby, enjoying the brilliant lightness of her soprano voice singing early music, plus a masterclass that she gave which was very interesting. There's a wonderful recording of the Messiah from 1982 with Christopher Hogwood and the Academy of Ancient music performing in Westminster Cathedral. Emma Kirkby's voice is that of an angel. Here she is singing some Purcell.


Another day the theme was ballet and I watched a number of beautiful performances and discovered the videos by a former Royal Ballet Company dancer Claudia Dean. I am no ballerina. I had some ballet lessons when I was knee high to a grasshopper but was convinced my teacher didn't like me. At the end of each lesson we finished with a butterfly dancing in the middle of a circle of the other dancers. I always wanted to be the butterfly, but her choice was based on who had been the best pupil, and obviously even at that young and tender age, it was clear that a career as a ballerina was not going to be my path in life, and I never got chosen. Even on my LAST DAY! I've never forgotten it (as you can see...).

Anyway, I'm sure my whole life would have been different if I'd had Claudia Dean as my teacher. She is motivating and fun. She is no longer dancing, but is now a ballet coach and she makes these merry videos not just of coaching, but dealing with ballet issues, messing about with her sister (who is not a dancer), and doing little tests. One that I enjoyed was testing the English way of dancing to the Russian way. I didn't know there was one, but now I do!

Starting the day with humour is definitely one way of beating confinement blues, and I have a good laugh watching Tripp and Tyler videos. If you have ever participated in a video conference, you'll recognise this:


Finally, I've also been watching L'atelier des Chefs chef Nicolas Bergerault who has been making cooking videos from his home. He is stuck at home, like the rest of us, with his family, and so his daughters are filming the cooking with a phone, and he cooks dishes that he can rustle up easily from the stuff in his cupboards. On day one he made a salad of frozen peas with lardons and a homemade curry mayonnaise. On another day he made a spinach lasagne, and on another day he did pasta with an anchovy and caper sauce. His daughters amuse themselves adding the odd silly filter and giggling behind the camera. It's all very homely and merry.