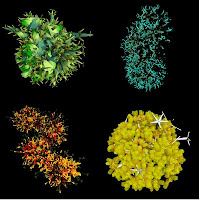 This weekend my body was under assault on two fronts.

On Friday I was laid low by a post-cortisone frontal attack. I had been taking it for three days and stopped on Friday. As a result, my body, lacking the cortisone, went into a huge drugless sulk; my energy levels dropped to zero and all I wanted to do was sleep.

I dragged myself into work anyway, no idea why, and sat about until the end of the afternoon when I left early and went to bed which is where I should have been from mid-morning. Any thoughts I'd had of driving anywhere for the weekend were quickly dropped as I'd never have made it and would've probably ended up as strawberry jam amidst a smoking pile of tortured metal and dismembered bodies. And my boys would have become poor motherless children and been obliged to go and live far from their friends with their father and wicked stepmother etc etc...

Not so poor actually as I covered that eventuality with some insurance, but still motherless.

On Saturday the weather should have been nice but wasn't. My TWDB and I went out on his bike anyway as a way of avoiding the traffic in our attempt to find him furniture for his flat in Nice.

Then on Sunday, still not fully recovered, I suffered a viral assault by the back door. It snuck up on me all sneakily and laid me low for the whole of Sunday. I was literally pinned to the bed by a ten ton-weighing body and total brain black-out.

I told the boys they would have to get their own lunch and basically bring themselves up for the day. This went down very well to the extent they even tried to blow up the computer. I had to crawl downstairs to fix the fuse and forbid them from touching it again until I was able to deal with it. They turned to weapon combat outside with their friends after that, thankfully.

I was still in a comatose state by the evening, so they had to get their own dinner too - some microwaved leftover spag bol. When I came down this morning, the kitchen was only half-way to Armageddon. They had managed to tidy up a wee bit although not as much as instructed, natch.

As a way of losing weight, a viral attack like this is really incredibly effective as I ate nothing except a piece of toast for breakfast. Thankfully I went out to lunch today and absolutely stuffed myself thus staving off expiration by starvation thus rendering my boys poor motherless children obliged to go and live.... etc etc...

They don't know what a close shave it was, and how lucky they are!
Published at 6:12 pm