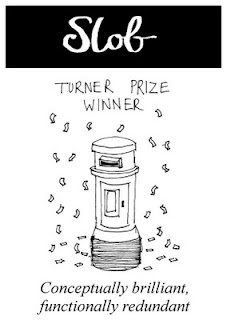 I watched the Panorama programme on the Royal Mail last night. The management are not happy with some of the posties, and some of the posties are not happy with the management. Between these two groups is a 'dialogue de sourds' and the threat to the Royal Mail is that the whole lot implode. What with the threat of competition as well, it's a wonder the archaic structure is still creaking on.

It sounded all too familiar. Here in France, La Poste is having similar trouble modernising. It's due to be privatised which is probably a recipe for disaster in such a public service, and the employees are not happy. Spurring on the unions is Olivier Besancenot, a postie by profession turned militant politician of the... yes, far left. France is a deeply socialist country and he was even a leading opponent of Nicholas Sarkozy in 2007 with his anti-capitalist party (NPA).

Today he got embroiled in an arm lock with a policement during a demonstration against privatisation, and broke a finger in several places. They were just climbing on the railings of the Assemblée National to throw over postal bags of public signatures against privatisation. Unfortunately for him, it's illegal to climb the Assemblée National railings, so it's to be expected that the police intervene. They may have asked him nicely, and then used force when he refused to come down.

Talking of which, BA air stewardesses are threatening to go on strike over the Christmas holidays. How tediously predictable, I say. There's always someone going on strike in the air industry at this time. It's either the baggage handlers, air traffic controllers, pilots or cabin staff. Why anyone still flies over Christmas is a mystery. I gave up many moons ago and now take the train.

Also on strike at the moment are RATP employees so the RER A is disrupted, to be joined on Thursday by RER B. I'm always amazed that this is allowed to happen. The government spends a lot of time and money trying to get people off the roads and onto public transport. All well and good, except when public transport is on strike so the people who use it instead of their cars are buggered.

How can they get to work? How can they create wealth for the nation so they can pay taxes for the government to spend on losers and wasters (and other services)? There should be a more than minimum service because the government has practically forced people off the roads and onto the metro, trams and buses. A few tetchy lefties can bring the whole capital to a grinding halt. Is that right?

The French government is way too laxist with strikers. Respecting the right to strike is one thing, but disrupting millions of working people in the process should be illegal. Striking over Christmas should be illegal too. Have they never heard of limits?

Sounds like they need a week or two with the World's Strictest Parents to drum a bit of respect for others and the need for cooperation into them. All of them - management and employees alike. It's not just all about you, guys!
Published at 9:39 pm