Goodness me, I've been ravaged by food poisoning this week. It's hit my stomach and my head leaving me woosy and nauseous. Ulysse has been having a lovely time keeping me company in bed or on the sofa, and I've been doing nothing but snoozing, watching Agatha Christie mysteries and the Olympics on the tele and reading de Maupassant short stories (in English). 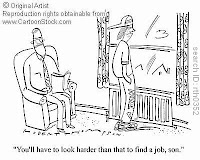 Last night I watched some of The Day the Immigrants Left on the BBC about a group of unemployed Brits who were invited to try their hands at the work immigrants do. They had been moaning about how immigrants take all the unskilled and semi-skilled jobs and how there's nothing left for them blah blah, usual stuff.

When given the opportunity to work, however, it became pretty clear why employers prefer to employ motivated immigrants. The Brits were mostly lazy, mouthy, stroppy, stressed out, or just didn't turn up for work. The skivers all said they were 'sick' or their girlfriend was 'sick' or some other unlikely coincidence involving someone being sick. It was sickening to hear.

The two lads who were picking asparagus kept taking time out to chat and smoke and say how hard it was and made a very poor show of doing the actual work. The carpenter objected to the manager telling him to his face he was doing something wrong (!) although he did actually finish the job he'd been set. The guys packing potatoes packed 100 crates with 10 instead of 12 packs and found it funny. In the Indian restaurant only 1 out of 4 turned up and he gave up half way through serving lunch.

You got the impression they all felt they were entitled to work as they chose, that they could take breaks when they wanted and just give up if it got a bit tough. Their excuse was that they were doing their best but that that was just the way it was. What a load of bollocks.

They came across as sorry, spineless, moral vacuums not deserving a job. Why should they be enticed to work? As one employer said, if you really want it, you get it. There are jobs out there, but the unskilled Brits don't want to do them.

The immigrants came across as discreet, motivated, hard-working and keen to do a good job. They showed the lazy Brits up and it does raise questions about benefits and how they kill the hunger to work.

The programme made salutary viewing.
Published at 9:58 am