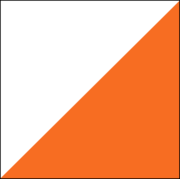 These mountain bike competitions are killing me! Sunday's one was just outside Uzès, a 95-minute drive away involving getting up at 6.10am to be out of the house by 7.15am, on Mother's Day.

Not as a result, but I didn't go and vote in the European elections. I hadn't signed on at the Mairie before the end of December last year, so couldn't vote even if I'd wanted to. You have to be damned well-organised in this country, and to be honest, last December I didn't even know there would be European elections in which I could vote. I can't vote in the local ones or national ones despite being part of the happy Euro family and paying my taxes, so it tends to make one a bit apathetic about the whole voting palaver.

My youngest had made a couple of Mother's Day bits 'n' bobs at school, while my eldest gave me a kiss. His French teacher had apparently told them they shouldn't make a big fuss about giving pressies and such but should just tell their mother they loved them. Big deal. Stupid cow should keep her mouth shut. Why not love AND a pressie? Who'd say no to spa vouchers/bottle of champagne/diamond earrings/Gucci handbag/bunch of flowers? Not that I'd expect my son aged 12 to get me a pressie seeing as he has no money, but I don't think she (yes, the French teacher is a SHE) should be encouraging stinginess and the idea that pressies are pointless.

What if I just told him I loved him on his birthday, no pressies? Think 'lead balloon'...

The first race at the competition then, was orienteering. The kids haven't received any particular training in this, so they lose loads of points because they have no real idea. Yesterday I scoured the internet and found a set of teaching booklets on orienteering which I sent to the bike club with the suggestion they might find them useful for helping the kids be more successful.

My youngest found two control points out of 5 and came 5/16 which shows the general level. My eldest got lost and was penalised off the planet. The cross-country race took place in the afternoon when it had hotted up nicely, while I sat in a minuscule area of shade. I also suggested to the club that the kids receive training on gear changing. I'm sure they lose time and points because they don't understand the fine art of doing the right change at the right time.

We had to stay to the end and wait for the prize-giving which meant we got home 12hrs after we'd left in the morning. Heavy!

I'm still not recovered today.
Published at 8:00 am