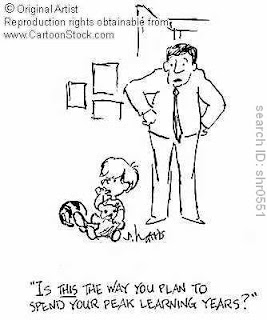 There's a woman who rings me up from time to time about sending her son to the same school as my eldest.
She's one of those types who, as soon as she starts talking, you want to slap her. Her son is in the same class as the daughter of a friend, which is how she got my number, and apparently he's a disruptive little pest.
Of course, he's an angel to his mother and as far as she's concerned, the school has let him down and she wants to send him private. Thankfully he's in the year below my son, so he won't be buggering up his lessons.
She first rang me to find out how to apply for the school, saying that her son did sailing with someone who could 'piston' her with the director. Why she needed to talk to me, if she had such illustrious contacts, I'm not sure... I just told her to write and ask for a form, fill it in before the deadline, and send it off. Contacts, I said, are not necessary.
Eton, it is not.
Then she called me to suggest we could carpool. I was evasive because I could see myself being the sole provider as she has 'such a busy and important job' that it takes her away from her 'mansion' often to Paris. In fact, I fully intend to send my son to school on his bike as often as possible, and definitely when he starts late, so that may scupper carpooling quite effectively. I do so care about polluting the planet and keeping my darling fit and healthy...
Today she called asking for my son's maths lessons. Her kid is in 6e and mine is a year ahead in 5e. Her kid has problems with maths, so the logical solution for her is to take the next year's course and force feed it to him during the summer. I asked her how she could expect him to understand lessons ahead in 5e if he hadn't yet grasped the maths from 6e. I was told rather snippily that it was one way of looking at things...
No wonder the kid is a nightmare...
So I told her that a) my son may have chucked everything already; b) even if he hasn't, having his lessons may not be much help (without the book) as he is not exactly Mr Meticulous... I really don't see the point, but she says she wants to see the methodology of the prof, but then maybe there'll be a different prof.
And it's well-known that teachers HATE pushy parents pre-empting them by going over lessons beforehand, using god knows what technique which then has to be unlearnt and relearnt properly.
I'm getting my son to go over this year's work on the CNED site of summer lessons. I suggested she might do the same but no, she want's my son's scrappy bits of photocopied A4 notes.
Nuts, the woman is nuts.
Published at 6:22 pm