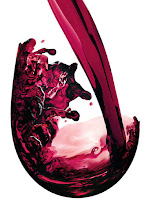 Everyone's heard of the 'French paradox', the way the French guzzle wine and rich food like there's no tomorrow and yet have remarkably low heart problems. The mechanism of this paradox had not been fully understood however. Yes, there were those magical polyphenols found in sturdy red wine that seemed to be the golden boys of the process, but just how did they function? Until now, it had been a mystery.

Until now! It seems that some hard-working researchers in INSERM, Angers have been grappling with the question and have come up with an answer. Apparently it's all down to some sub-type of estrogen receptors. If you think I'm writing rubbish because I don't actually understand the process, you may be right, in which case you can go and look up the article in PLoS ONE where it's been published and, as it's full of sciencey technical stuff, good luck to you.

Here is the conclusion, for a taster (as it were):


This study provides evidence that red wine polyphenols, especially delphinidin, exert their endothelial benefits via ERα activation. It is a major breakthrough bringing new insights of the potential therapeutic of polyphenols against cardiovascular pathologies.


As I'm sure you know... polyphenols have a vasodilatator effect - dilating veins - via the production of nitrogen monoxide. The Angers team examined the hypothesis that some active composant of the estrogen receptor (ER) could light the way for nitrogen monoxide in cells and bring about that lovely reduction in cardiovascular illnesses.

The experiment was done on some 'wild' mice and they found that there was no vascular dilatation in mice deficient in the estrogen receptor. This shows then (I hope) that for the vascular dilatation effect to happen via the production of nitrogen monoxide, the presence of estrogen receptors is necessary. Furthermore, when they blocked the receptors, nitrogen monoxide was no longer produced which also prevented the activation of the means of making this molecule in human cells.

So there you go. Moderate drinking of red wine is definitely good for you on the vascular front, but do consider your liver.
Published at 4:16 pm