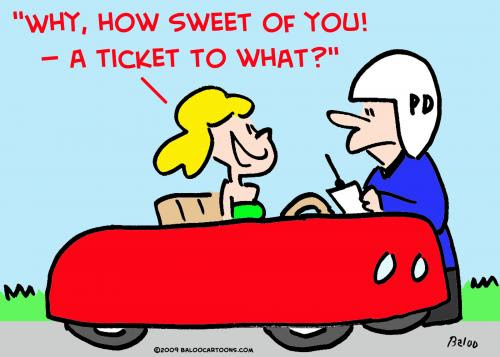 I'm very glad I don't have to pass my driving test again here in France. I was watching a tele programme about it yesterday and it was pretty shocking. To start with, it costs a fortune - average €1500! If you fail the driving test first time, the cost can escalate horribly.

Driving schools get a monthly list of test dates for their candidates from the local authorities, the number directly related to their success in getting candidates through. They will not have enough slots for the number of candidates they have, so have to choose by priority. Top of the list to get a place are first-timers. If there are any slots left after them, then the second-timers get a chance, and so forth. This explains why, if you fail your test you can wait months for a new slot. Some people never get a slot because their driving school just won't put them in again if they fail too many times.

If you want to transfer your file to another school, you have to shop around as many refuse to take transfers. If you do strike lucky, you'll have to pay. Some centres insist you start all over again - yet another €1500 maybe more if they think they can get away with it. Tariffs are not regulated, it's a positive free-for-all.

The rest are those who've lost all their driving licence points and have to re-take the test to get their licence back. It's a bit of a racket by the looks of things. Best not lose the points in the first place. I think they make it especially difficult in the hope that the stick, not the carrot, will get drivers to behave on the road in the first place. Points can be lost rapidly. The programme showed one driver losing 2 points for not keeping a safe distance, and another 3 for driving 20km/ph over the limit. As he only had six left on his licence, he's going to have be very very good for the next couple of years until he gets them back.

Help is at hand though, for contesting point loss. There are websites that give advice and provide model letters to drivers who don't wish to take their situation lying down. One is SolutionsPermis which was shown on the programme - you can request the photo of your speed 'flash', contest the fact that you were speeding, buy a radar detector and so on.

If you do find yourself barred from driving, one solution is to go to Senegal to get back your licence. Many countries have reciprocal agreements with France for driving licences, and, as elsewhere it may be neither expensive nor hard to pass the test, it's very a tempting option. Plus, in a place like Senegal, all it takes is a little lubrication of the administrative wheels to by-pass awkward details like 6-month residency, and you can go on holiday with a wad of cash (€300 should cover it), and go to a driving school where they will take care of everything. All you have to do is show up, back between two piles of tyres set 20m apart and success is yours. Then you get it converted into a French licence back in France, all legal and above board (by now), and Bob's yer uncle.

It never ceases to amaze me the creativity of people whose aim it is to skirt awkward rules and regulations. Are you getting too many points for speeding? Go and see a man about getting your car registered to an anonymous company (yours) in Lithuania. There's a roaring trade in it apparently, although it comes at a cost of about €5000. Points clocked up on foreign cars cannot be validated because the authorities won't have the address of the driver, especially that of an anonymous company, it being anonymous an' all.

You might be interested to know that the French authorities are on the point of making alcohol tests obligatory. Drivers will have to carry at least one in the car at all times, the penalty for not doing so, a loss of points (natch). You can get single-use ones in places like the pharmacy for €1, or machines that cost more, but you won't run out if you keep it in the glove box. My favourite is the Pelimex CA2000 PX Pro Gold. Why? Because of the video that goes with it. I can't insert it here because it's on Flash, but do click on the link and scroll down to the bottom. You'll see an animated explanation of how it works, and it's very jolly. Don't forget to turn on the sound.

For the record, I have all my points but as I never go anywhere, there is no particular merit in this. Living outside the city helps too.
Published at 10:51 pm