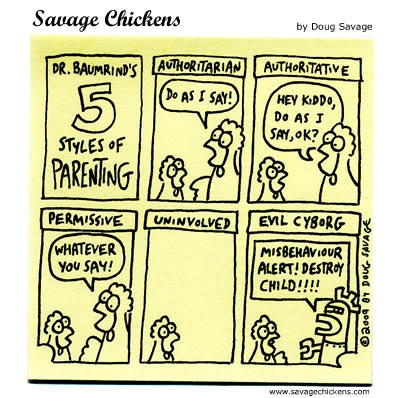 Yet another mother living in Paris has jumped on the bandwagon of writing a book heaping praise on French women and making British women feel shitty in comparison. The latest in a long line of this treacherous sisterhood (which includes Helena wotsit wotsit) is Pamela Druckerman who has written a book called 'French Children don't Throw Food'. All I can say about the title is that she's never visited my eldest's collège where of course throwing food was frowned upon and punished but that didn't stop it from happening.

Our Pam is an American married to a Brit and they live in the rarefied hotspot of elitist Paris where the very top end of French society hangs out. One cannot say her entourage is exactly representative of le tout France. What these women are, compared it seems to the your average Brit, is confident. French mothers are confident about everything British woman cower and feel miserable about: their size, their looks, the way they give birth, the way they bring up their children, breastfeeding, being a mother, being a wife and everything in between except being a friend to their girlfriends. British women never feel inferior about their girl-friendships.

British women needed another book telling us how to raise our kids like a hole in the head, and holding the French up as shining examples of perfection is pretty laughable. If, for example, their children are such paragons of good behaviour, why are the child psychiatrist waiting rooms filled to standing room only with desperate parents dangling on a lengthy waiting list?

If you think about it, perfect French women books are strangely at odds with the other book bandwagon, the Peter Mayle style moving to France and grappling with the forces of ye olde French peasant. How many times have we heard about the recalcitrant plumber, the wily builder, salt of the earth types, taciturn but once you've tamed the beast, your friend for life? Do these men have French mothers who sound like the sort of ones our Pam meets and greets?

When it comes to women, it seems that journalists feel perfectly entitled to lump 50% of the population into one upper social type, the perfect, slim, manicured, elegant French lady. Whatever happened to the peasant farmer's wife in her nylon pinny, aubergine-dyed masculine-cut hair and comfy old booties? She's not usually a chain-smoking coffee junkie, but a solidly built eater of good old stodgy filling nosh.

The mums I see at my sons' schools often look as haggard as any other working mum, and their kids a variety of good and badly behaved. Children might not be brought up as little emperors here (a disastrous method!) but their mothers are often overly protective, mollycoddling them and preventing them from potentially hurting themselves. One of the commonest words you hear mothers of young children cry is 'ATTENTION!'. No wonder they become risk-averse and seek the comfort of life as a fonctionnaire.

Many bourgeois parents try to force their kids into a straight-jacket of robotic mini me's, with hours of school work every night, obsessive attention to school marks, and no say in what they wear. Then you get rebellious types who break away and become successful entrepreneurs. I was despairing of how lazy my son is and the head of a huge business company told me not to worry because the laziest boys made the most creative businessmen. He himself had been a terror. I await to see the results of his wisdom... but in the meantime, my son has decided he needs to get working (phew!).

I think what the French do well is rely on common sense when bringing up their kids, and perhaps the support of mothers, sisters, aunts, and grandmothers, rather than gimmicky books by childless gurus. Why British women are so attracted to bizarre methods of childrearing rather than relying on common sense and a sensible book of essential information is a mystery. But whatever the method chosen rest assured that a mother's place is in the wrong, and our parents fuck us up whatever their nationality.


Philip Larkin - This Be The Verse