From Cortina to the Italian Tyrol

Breakfast was dire in the poky hotel in Cortina. Even the coffee was bad, and there was no way I could make sarnies with the miserable stuff on offer. The bad start to the day was compounded by getting lost trying to get out of the damned place. Signs to Belzone just disappeared once you were on the wrong road without any directions as to finding the right road. After three futile attempts we put on the sat nav and were directed round some tiny little routes to join up with the right road. Bizarre.

To our daily storms was added hail as we went over a pass. It stung as it struck my jacket like being poked by lots of little knitting needles.

Belzone was a lovely little town where the temperature got up to 27°C so we were quite glad to move on and up the valley of many little tunnels and precariously perched castles.


We then came across this old man returning from visiting his bee hives, carrying honey comb on his back.
By now we were leaving the Dolomites and coming to the Italian Tyrolean Alps where they speak German and seem to have more in common with their Tyrolean cousins across the border than their countrymen from further south.
We went past many of these little ski stations. They looked very friendly and accessible. We stopped at this one to put on wet weather gear as it was starting to rain again. Hence my loser cagoule look. 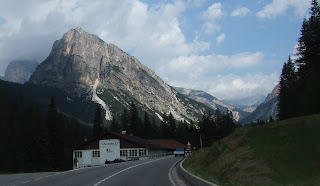 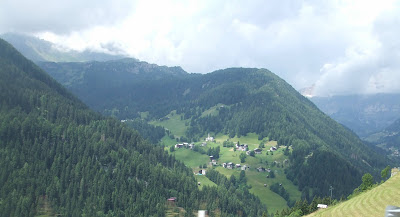 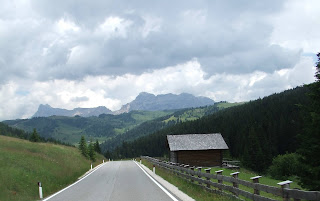 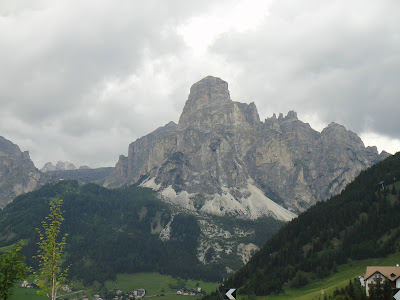 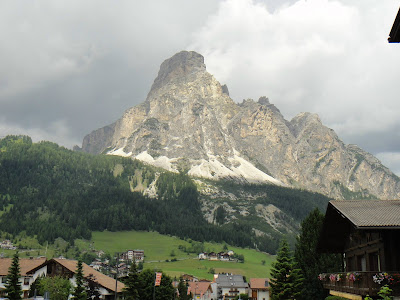 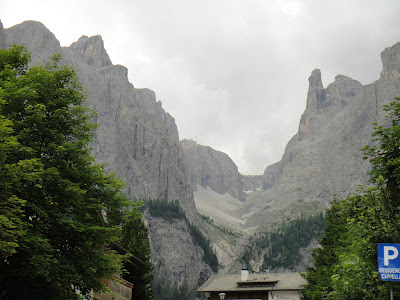 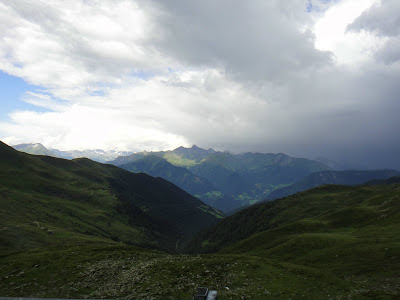 This is typical of the fantastic windy roads that go up and down the passes. Every now and again there'll be a hotel or bar which are very handy when a storm looms and it becomes imperative to find shelter before one is caught up yet again in torrential rain. 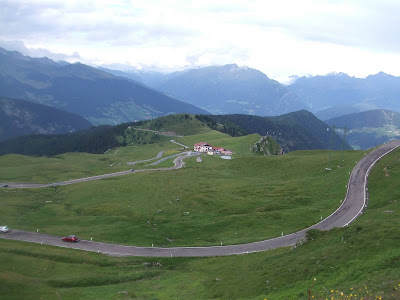 We came off the last pass and into the town of St Leonhard in the Passeier Valley where we stayed at a lovely hotel residence the Bad Fallenbach. Our room was a studio with kitchette, freezer (handy for the wine) and fantastic views from the large balcony.

We went into town for dinner and found a restaurant which served up one of the best meals of the week - a pork chop covered in a creamy mushroom sauce of tiny, delicious mushrooms and chips. It was so tasty it was an absolute joy to eat, and made up for the tasteless cheese toastie I'd had for lunch at one of the posher ski stations. What a mistake that was!

To be continued.
Published at 6:38 pm