Going back to childhood haunts can be tricky. Places change, not always for the better, and it can be a gross deception if your once favourite place has turned into a mega Tescos, or worse... (if possible).

Last year I went back to visit Mumbles, with the boys. My mother used to live on the other side of the 'Welcome to Mumbles' sign, and we spent many summers on the various beaches there when we went to stay with my grandmother. Going back turned out to be a brilliant idea. Mumbles had got better, cleaner, and more active. The Lido, from being a stagnant boating pool, had become a clean, exciting paddling pool, with fountains, water chutes, islands and jacuzzis. It was clean and safe, and had a playground attached with climbing wall.

Last year we enjoyed a week of sun. This year, we encountered sunny spells. We stayed in Limeslade, on the other side of the lighthouse, just up from a Joe's ice-cream parlour. As rented accommodation goes, it was rather special, especially as it had a fully stocked wall bar, loads of glasses, and good cooking equipment. No table though. Only a bar, with 4 very high stools... 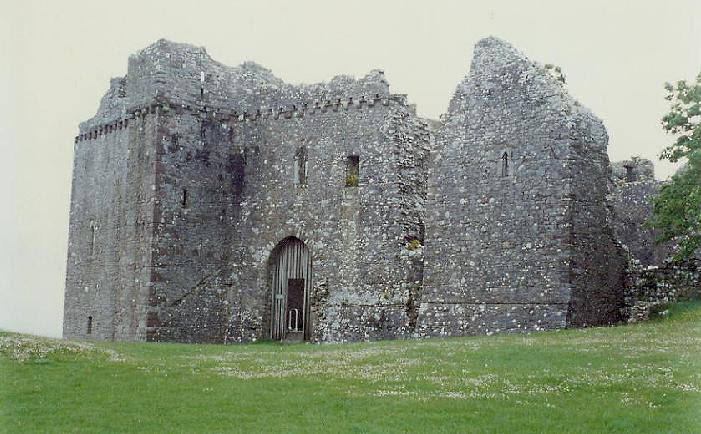 The weather was not conducive to lounging about on beaches, so instead, we visited ruined castles. Driving into the heart of Gower, we started off with Weobly castle. It was raining, so the whole place looked authentically dark and dank. The boys dashed off to see what they could clambour over, climb on, and fight in, finding hidden niches and spooky staircases. The view was spectacular, looking out over the marshes, where sheep graze and get turned into salt marsh lamb. My mother bought some, and we ate a shoulder for our last evening there. It was exquisitely fragrant meat; very tender, and totally delicious! 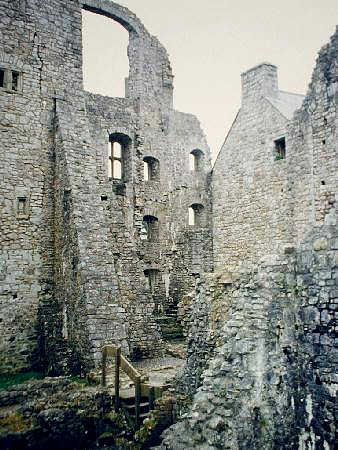 After Weobly, we went to Oxwich castle which has a super shop. For young boys, that is... They were selling faux chain mail tunics and wooden swords. My youngest fell in love with the tunics, and I succumbed to his desire, together with swords for both so they could battle it out with panache!

My youngest would have gone to bed in his tunic, had I let him! It was definitely his favourite holiday purchase. We visited Oxwich in clearer weather. It is a more recent castle than Weobly, dating back only to the 16th century, and was more a mock-fortified manor house than a working stronghold. There was an interesting exhibition of Welsh history in the gallery explaining the invasions from the west and east, as well as the interminable inter-kingdom wars. 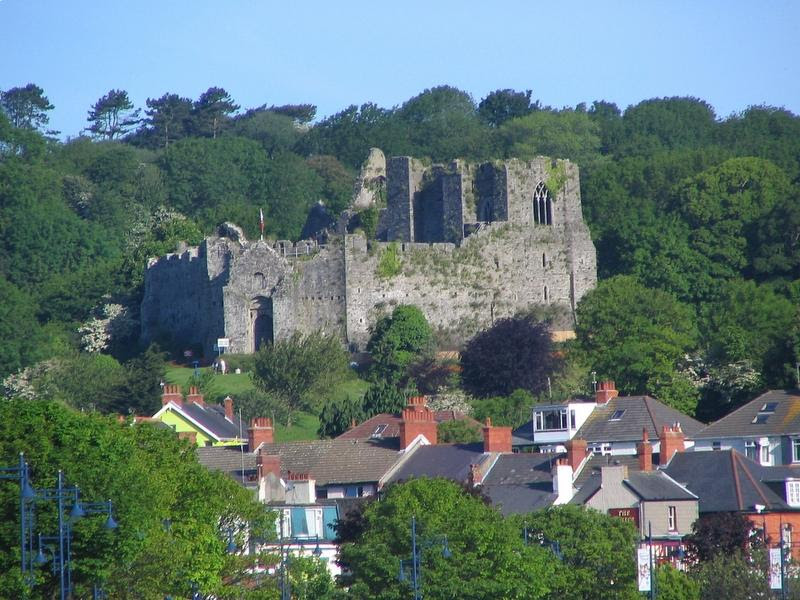 Our last castle was Oystermouth, in Mumbles - our local. It dates back to the 13th century and is set magnificently on a hill where, today, plays are put on in the natural amphitheathre, together with son et lumiere events. There are fantastic views over Swansea Bay, especially down towards Mumbles; the pier, the lighthouse, the old lifeboat house. We climbed up onto the ramparts, the boys charging their way around wielding their swords in a suitably medieval way.