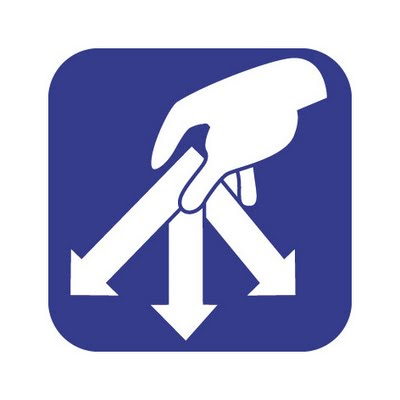 Guess where I went this morning...
I'll give you a clue: my current favourite Sunday morning jaunt...
For anyone who guessed 'the dump', bravo, give yourself a peanut. This might make for a boring tale except that it was a tad more exciting than usual because it was shut. Yesterday was August 15 and a national holiday except that lots of shops were open, including Ikea... but it meant that the council dump guys had the weekend off.
And yet, people still had stuff to chuck out. They did not take the weekend off; they were tidying, clearing, decorating, gardening as furiously as ever, and accumulating rubbish. I am still vaguely enthused by my summer spring clean and had attacked the utility room resulting in two bags of rubbish plus other sundry crap. Where does it all come from?!
I have two dumps near me. I went to the nearest first and found it shut so I turned round and went to the other one. That one was shut too, but the fence is down in one spot so you can climb over a big stone quite easily and get in. This, of course, is Not Allowed, but who wants to hang on to smelly rubbish for a week?
There were three other cars when I arrived and the good citizens were calmly, quietly and lawlessly climbing over the big stone to chuck their rubbish in the right container. I did too, rather hoping that the police would not come screeching up the hill, sirens wailing, to arrest us for throwing rubbish in the right containers at the dump which just happened to be inconveniently closed.
My car empty, I scuttled off pleased that my efforts to clean up had not been thwarted by the law...
When you clean up, it's nice to award oneself with a little home improvement too. Having chucked out some old white plates, I wanted to replace them so decided that a little trip to Ikea was just the job. It was open yesterday - I checked on the internet before trekking over there - and not too busy.
I have a love/hate relationship with Ikea. Sometimes when I go there, I can't find what I want and storm through the place in a temper, ignore all the tempting stuff you never knew you needed and leave with empty hands. Yesterday was the opposite. I found exactly what I wanted and then thought of a nice list of other stuff I could do with too to make life easier and pleasanter.
By the time I'd finished, my trolley was encouragingly full of useful items, my budget was not blown, and I even got to use a self-service machine to beep it all through.
My utility room is now cleaner and more organised thanks to the containers I bought, and my living room smells lovely thanks to the candle tray I bought with trendy black sand to encourage me to use the smelly candles that were previously lurking at the back of a cupboard.
Streuth, I might even get to indulge myself in some gracious living by the end of the summer...!
Published at 12:02 pm