Been there, done it 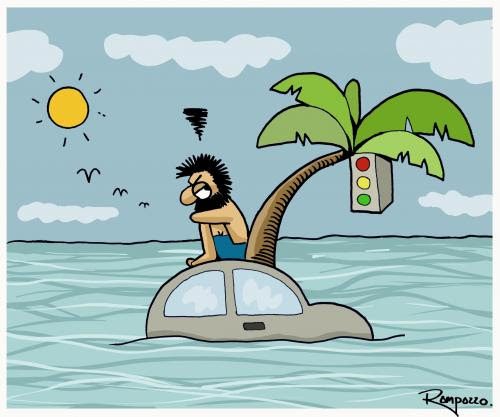 Every year I make the same two mistakes: I get sunburned and make a futile trip to the beach; futile because it's super crowded, there isn't a postage stamp sized place to park and I have to come home.

You'd think I'd have learnt by now wouldn't you? But no, regular as clockwork, I forget and off we go again. I suppose it's like the way you forget the pain of childbirth. If you remembered exactly how excruciating it is and how bloody you feel with your ravaged body afterwards you'd never have more than one child.

Anyway, I've already got the sunburn tee-shirt. Back in April when we had the odd smattering of sun, I had a snooze while on a bike ride with my TWDB and woke up with a face vibrantly glowing. Oops. I got another dose when on another bike ride not realising that motorbike helmets are not like car windows and don't have UV ray protection. That was in Spain so I went and bought some sunblock and have not glowed since except from health or an overdose of rosé.

Yesterday was a beautiful day and my youngest wanted to go to the beach. My eldest has been pretty absent for most of the weekend so far, out and sleeping over with one of his buddies (I asked him if he wanted to move out actually seeing as he was so loathe to come home. Apparently not yet... I made him come home yesterday morning to tidy his room and he stayed for lunch which I wasn't expecting. He said he'd have a sarnie and seemed to expect me to make it for him. Do I look like room service? So he made it himself, as he usually does!), so he didn't come.

Off we went at 3.30pm, the worst possible time really, towards le Grand Travers between Carnon and le Grand Motte. The whole population of Hérault must have been there. The tourists haven't arrived en masse yet so it was all locals. You couldn't find a legal parking space for love nor money and the gendarmes were out limiting illegal parking somewhat, but not totally...

We crawled along the coast road, got as far as le GM, looked there, found nothing that didn't require a 10km hike, and gave up. What made it even more nightmarish was that my car was making a horrid screechy noise from one of the brakes. Something must have got caught between the brake pad and disk, so we didn't pass unnoticed. On our way back down the coast road we came to a complete stop.

It was so complete that I turned off the engine and started trying to understand how to make my new phone work. It actually belongs to my TWDB but he has an iPhone from work so is lending me his all-singing/dancing HTC as I've given my extremely annoying Nokia to my eldest. I only need a phone which you can use as a phone (!) and send SMSs plus have a camera cos that's handy. The HTC is waaaaay beyond what I need and in fact seems unable to find a network to latch on to even when I'm on top of a transmitter. There's a problem somewhere, so I was trying to work it out as I sat on the coast road instead of on the beach.

The solution came eventually - to the traffic jam issue, not my network issue (that's as yet unresolved!). The creative parking of some idiot meant that a bus had got stuck at some point and couldn't go further. The gendarmes, down the other end, were not sorting out the problem - they were too busy watching cars go round the roundabout in one direction and observing, probably with some surprise, the build up of cars in the other direction. As they were with van, however, and not motorbike, I suppose they considered it Someone Else's Problem.

It was left to an enterprising Member of the Public who got out of his car, stopped the oncoming cars and allowed us stationary types to go round the bus and on our way. The bus would just have to wait for the owner of the creatively parked SUV to come back from whatever carousing s/he was up to.

Once on our way it seemed a shame to go straight home, so we decided on the alternative entertainment of washing the car. Yes, we know how to enjoy ourselves - this is Life in the South of France! We popped into Carrouf and my youngest took control of the jet wash. The screechy noise had, by this time stopped. An ominous clang was heard at some point on the road after which, no more noise. I did get out to check having drawn up at the entrance to one of those blocks of flats which look like no one much goes in or out, and almost immediately some old geezer drew up in his manky 306 wanting to turn in. He was probably the only movement in or out all day and he had to arrive when I was beneath my car (sort of...). Typical.

So today, we will be heading off to the beach early, like we do in the summer, and be back by lunchtime. I will be taking 'Plug Your Book' by Steve Weber to bone up on making Floppy & Co a super best-seller from which I can retire to my own exotic Caribbean island and not see another flippin' beach traffic jam ever again!
Published at 9:43 am