After a good buffet breakfast in our Albi hotel (and yes I did make sneaky sarnies for lunch...), we had one more ride down in the lift with the funky light, and drove off east. At one point we went through a village, can't remember which one, where they were having some sort of celebration, maybe of Autumn, in the shape of 'masquerades'. 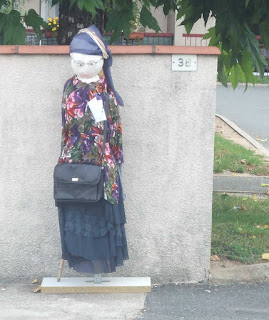 They looked a bit creepy, and were usually dressed according to the job of the person who made them. Not sure who the woman above was meant to be - priest's housekeeper perhaps? Old maid?

We had our lunch in St Affrique, and bigger dump than there would be hard to find, from what we saw. We sat in the car park by the mucky river and noticed how depressed the rest of the town and its inhabitants looked. Don't bother going there unless you like looking at flowers on bridges - the only bright spot.

I suggested we make a halt at La Couvertoirade, one of the Plus Beaux Villages de France. I've been passed it so many times but never had the opportunity to stop to visit, so as time was on our side, we turned off the main road into the €3 car park. 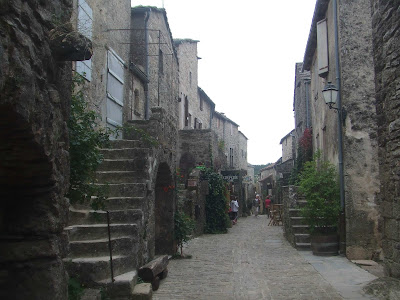 It's a walled village dating back to the 12th century built at the foot of the Templier castle and the church. It was fortified with the wall in the 15th century at the time of the Hospitaliers and has been beautifully preserved. The website gives all the info on the history of the place, quite amusingly with lots of typos and grammatical errors. 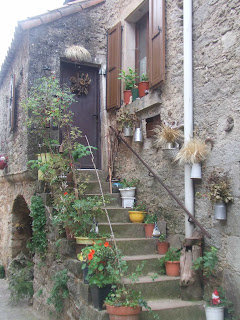 Some of the roofs look restored, some look like they haven't been touched for 700 years. 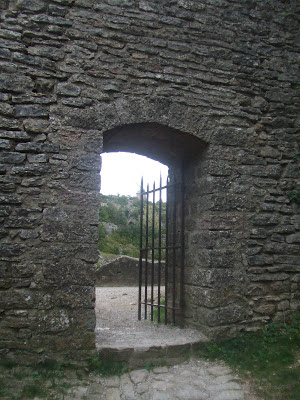 A gate in the wall... where does it lead? If you look hard enough you'll see a windmill in the distance. You can walk to it from the village although we didn't (being lazy sods). 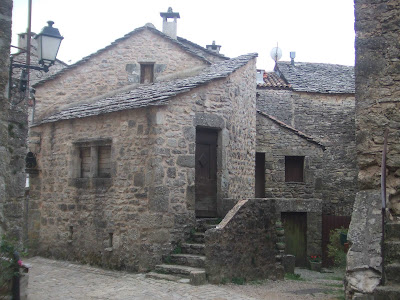 I loved all the angles and picturesque spots wherever you turn. Every step offers a photo opportunity. Those medieval Frenchies certainly had a sense of style and beauty. 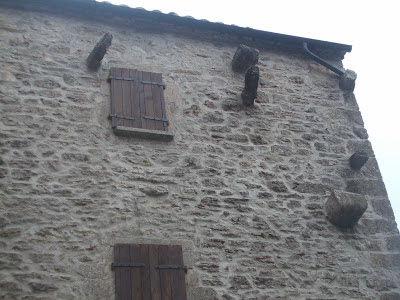 What do you suppose the bits sticking out were for, if anything?

We did not leave empty handed either. The place was full of nifty gift shops, and not the cheap 'n' nasty types you get in tourist traps, but rather original and upmarket artisan boutiques. 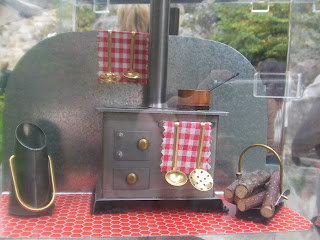 Isn't this just incredibly cute? It's a tiny little stove which is actually a fragrance burner for essential oils, made by Gilles Diruit who has his workshop in Saint Maurice de Sorgues west of the village. I thought they were lovely and my DB did too, so he bought me a little one, a little free-standing cooker without the kitchen, logs, or coal bucket. Irresistible.

He also bought me (yes, it was really my lucky day that day!) a bronze necklace in the design of a Templier seal from L'Echoppe, made by Christian Pattin. It's gorgeous and looks great with my autumnal clothes.

I suggested he buy something for himself - perhaps this outfit, for the truly authentic Crusader look? 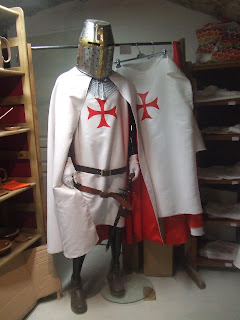 He refused, tragically, and just opted for a fridge magnet of the red Templar cross. 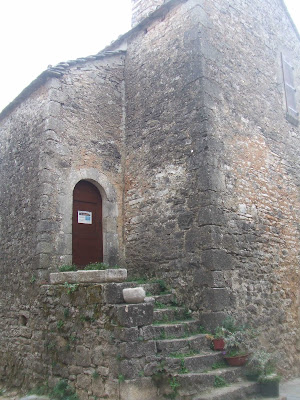 This is a rather austere looking gite, from the outside at least. I wonder if you get the authentic 15th century experience inside too - no running water, no electricity, straw bed, open fire, copper kettle, wooden spoon... On the other hand, it could have been restored into a bijoux des res with ensuite bathroom and fitted kitchen.

We had a lovely time wandering round. There weren't too many people about, and we were welcomed warmly in all the shops that we stopped in to browse and look around. It's situated up on the plateau above Lodeve, so if you're in the area, do go and visit, it's definitely worth it.
Published at 6:26 pm